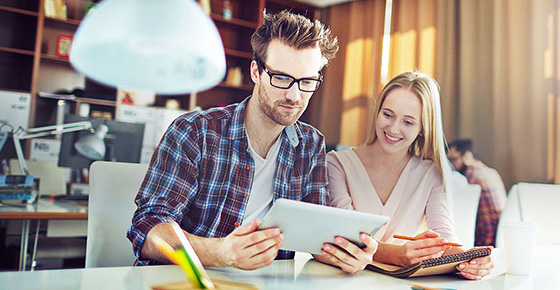 Would you like to pay an extra $300 per month on your mortgage? Not likely.

That hasn’t stopped a number of Canadians, with the deal of a lifetime on a variable-rate mortgage, from switching over to a more expensive fixed-rate product and paying the extra freight.

A fear of rising rates is driving the rash decision. But if you’ve finally managed to pin your banker to the ground, why on Earth would you let him off the mat?

More than 28% of Canadians have a variable-rate product tied to prime, according to the Canadian Association of Accredited Mortgage Professionals (CAAMP). If you negotiated a deal before October of last year, chances are you are now borrowing money for as little as 1.35%. That’s based on deals that at one point saw the banks giving 90 basis points off prime. Prime is now 2.25%.

Rates are rising fast. Most major banks upped their five-year rate by 40 basis points this week, although discounters were still offering 4% this past week.

“It’s not a mass rush yet, but we are starting to see … people locking in. But variable rates are still so good,” says Joan Dal Bianco, vice-president of real estate-secured lending, TD Canada Trust. She stops short of questioning why a consumer would pull out of these “deals” that are no longer available on the market.

Try to get a variable-rate mortgage today and the best you can probably hope to get is 60 basis points above prime, or 2.85%.

The landscape changed dramatically in October during the credit crunch. As the Bank of Canada lowered rates, the major banks reluctantly lowered prime because of the massive amount of customers with variable-rate products negotiated under the old, higher terms.

“Bonds yields are going up rapidly and people are starting to realize the rates are going to go up,” Ms. Dal Bianco says . Throw in the fact the Bank of Canada used the weasel word “conditional” (on inflation rates) when it promised not to raise rates until June, and you can understand why some people think today’s record-low prime rate might not hold.

But if you’re someplace between 60 to 90 basis points below prime, the rate is going to have to go up pretty fast to justify locking in today at 4%, even though that is just slightly above the all-time low hit last month for a five-year term.

“I don’t understand why you would lock in,” says Jim Murphy, chief executive of CAAMP. “Sure, if they start to rise, but [Bank of Canada governor Mark] Carney says they won’t rise, so you’ve got another year at that prime-minus rate.”

Don Lawby, chief executive of Century 21 Canada, says even when rates do start to increase, they are not going to jump significantly right away. You are not going to get 4% on a fixed rate again, but double-digit rates seem unlikely. “The only logic to locking in would be for someone very sensitive to any rate change and they just want to be secure,” Mr. Lawby says.

But at what price? If you’re using the “feeling secure” logic, why not go for the 10-year fixed-rate product? Rates on that product can be locked at 5.25%, ridiculously low by historical standards. Yet fewer than 10% of Canadians consider a 10-year product.

There are some compromises you can make. For starters, there is nothing to prevent consumers from having a blended mortgage at most Canadian banks. Some banks will let you take half your outstanding debt and lock it in. Diversity is preached for stock portfolios, but few people seem to adhere to the same philosophy when managing their debt.

Consumers might want to take their cue from business. Few companies would want all of their debt coming due at the same time — it presents too much risk. The other option is knocking down principal: Make payments based on a 4% rate and have that extra $300 go straight to your principal every month.

The bottom line is if you’ve got a deal on your mortgage, why would you give it back?

Dusty wallet Double check your credit card statements. DW is in a bit of a skirmish with Visa over a taxi cab bill. Of course, DW is too cheap to use cabs, but does succumb to them to get to and from airports on vacation. Last trip, the family took an airport limousine and paid the $56 charge. Guess what? The same amount was billed a month later. So far, the taxi cab company has yet to produce a second receipt. In the interim, DW had to pay the second $56 charge.